Milton of Mathers, near St Cyrus, Aberdeenshire, is mainly an arable farm of 240 hectares, where cropping includes potatoes. The new woodland occupies two small valleys or dens which could not be cultivated, and were previously used for wintering cattle. The woodland now enhances the farm shoot. 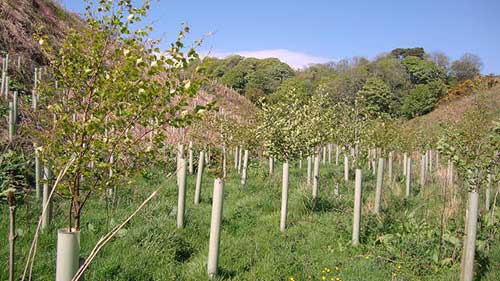 We finished planting in Spring 2009 and already we know we have a wood as it is extablishing so well.  This was a major decision for land-use change and we are now in no doubt that we made the right decision.  We used to winter cattle in these steep-sided dens and the rapid re-colonisation of ground flora since stock removal has amazed us.  The resulting bird life is easy to see, and we suspect that the less visible insect and invertebrate life is also improving rapidly and this will have great benefit for life in the burns as well.  We believe that the site's relatively sheltered location, in spite of it's proximity to the shore, makes the new habitat particularly valuable and attractive to wildlife

In this area if intensive arable farming, trees are scarce so this woodland is of significant scale, yet its valley situation makes it unobtrusive in the landscape'.

Forest Carbon developed this carbon project on behalf of the landower, Messrs JD Reid and Partners.  The woodland creation and managment is overseen the Scottish Agricultural College. 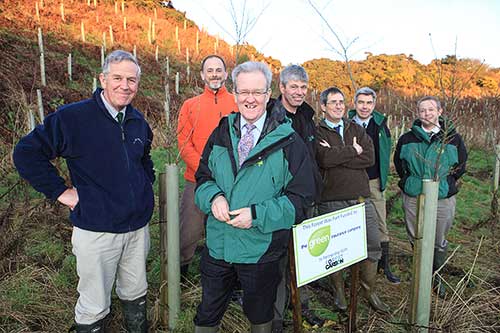 How are we going about it?

A 17.4 hectare native wooodland has been created which will be managed with minimum intervention, maintaing access and removing a small amount of firewood.  Plenty of open space has been left so that it's possible to enjoy walking around the new woods and the archaeology and important plant communities will be maintained as the woodland establishes.

The project was created for carbon benefit, but also to improve biodiversity and to stabilise the banks of the watercourse.  The new woodland enhances the farm shoot as well. 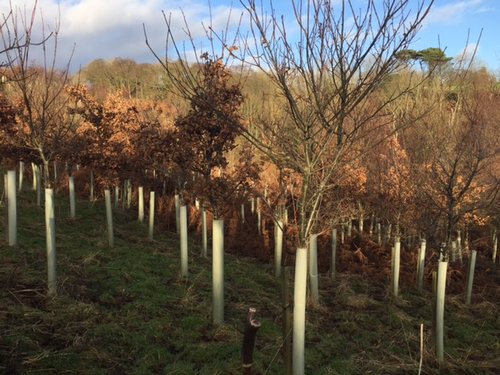