The Caledonian woodland sites are located close to Bishopbriggs in Central Scotland, in a peri-urban situation. The sites contribute significantly to the local landscape character of arable fields interspersed with small, mixed woodlands, industrial sites and residential areas. The topography is relatively flat and the climate locally is damp and cool with typically Scottish median levels of rainfall and temperature.

The landscape around the Caledonian Woodland Carbon project.  Photo:  Galbraith.

This scheme is particularly valuable, as in addition to sequestering carbon, all the woodland sites are within 1km of a settlement with a population of over 2000 people. The objectives of the woodland creation project are to create accessible, high amenity value mixed woodland that can be enjoyed by a variety of users and deliver important wider environmental benefits such as reducing noise and particulate pollution for residential areas.

Caledonian Properties Ltd chose to do a Woodland Carbon Code project due to the credibility associated with being part of the standard and as a means of making the creation of new, relatively small-scale woodlands more financially viable on the estate.  The owners recognise the value of quantifying and certifying the carbon sequestered in their woodland creation scheme as they monitor and review their own carbon emissions and are aware of the increasing importance of accounting for this.

The Owner, Caledonian Properties Ltd, discussed the possibility of planting trees on this ground with their forestry consultants Galbraith, who highlighted the opportunity to seek certification of the associated carbon sequestration through the Woodland Carbon Code.

The Caledonian Woodland Carbon sites consist of a diverse mixture of both conifers and broadleaves, which is intended to reflect the species mix in woods locally. The sites were previously used for agriculture, including arable crops, so the soils are moderately fertile and capable of growing a wide range of species. The sites were rabbit and deer fenced to provide protection from browsing herbivores, including the sizeable local population of Roe deer. They were prepared and planted by machine and further maintenance such as weeding and beat up planting has been undertaken by local contractors.  These sites will be managed under a thin-only regime, so woodland cover will be maintained indefinitely. Thinning will be used to enhance stability and create structural and age diversity in the future. 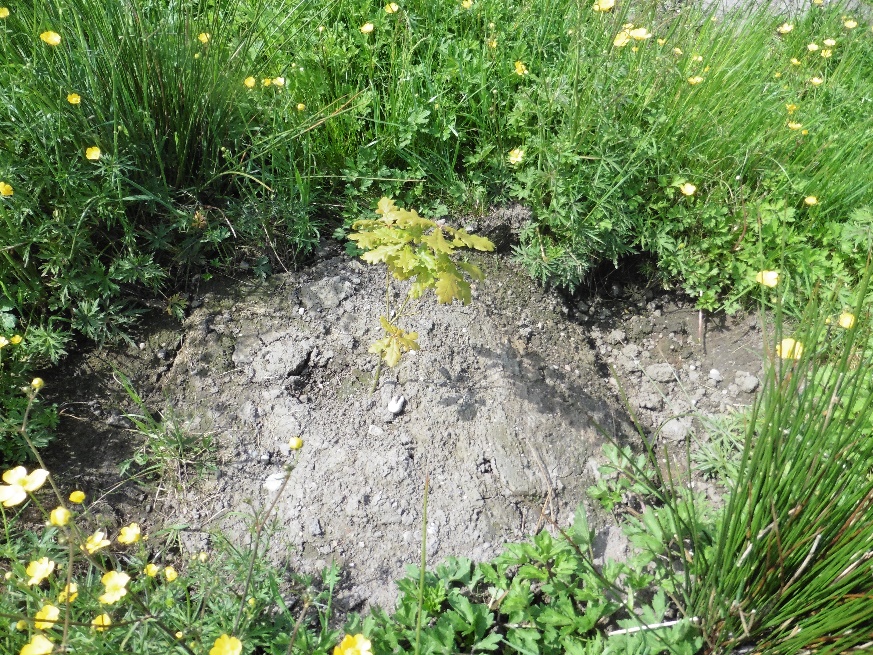 These woodlands were designed with the local landscape character in mind so fit well within the surrounding patchwork of fields, small woodlands, industrial features and residential sites. Many of the tree species included are fairly fast growing so will soon provide an attractive backdrop to local informal recreation such as dog-walking and cycling, enabling local residents to easily access an attractive green space close to a semi-urbanised environment.

Another benefit will be amelioration of sound pollution by virtue of growing trees acting as barriers to traffic noise from the M80 and local ‘A’ class roads. These will also act as a ‘sponge’ for any particulate pollution.

In addition, the woodlands will provide additional cover and food sources for birds and other animals, so supporting local biodiversity.